Terrance Thomas is an award-winning writer who believes that it is his destiny to share his unsolicited thoughts with the world. Terrance's work has been featured in HuffPost, AfroPunk, and numerous other publications that are not important enough to mention. Terrance enjoys fried catfish, binge watching TV series, and has an unwavering love for 90s R&B. When Terrance is not writing, becoming emotionally attached to yet another TV series, eating whole catfish fillets, or bobbing his head with extreme fervor to the timeless rhythmics of 90s R&B, he is sleep. 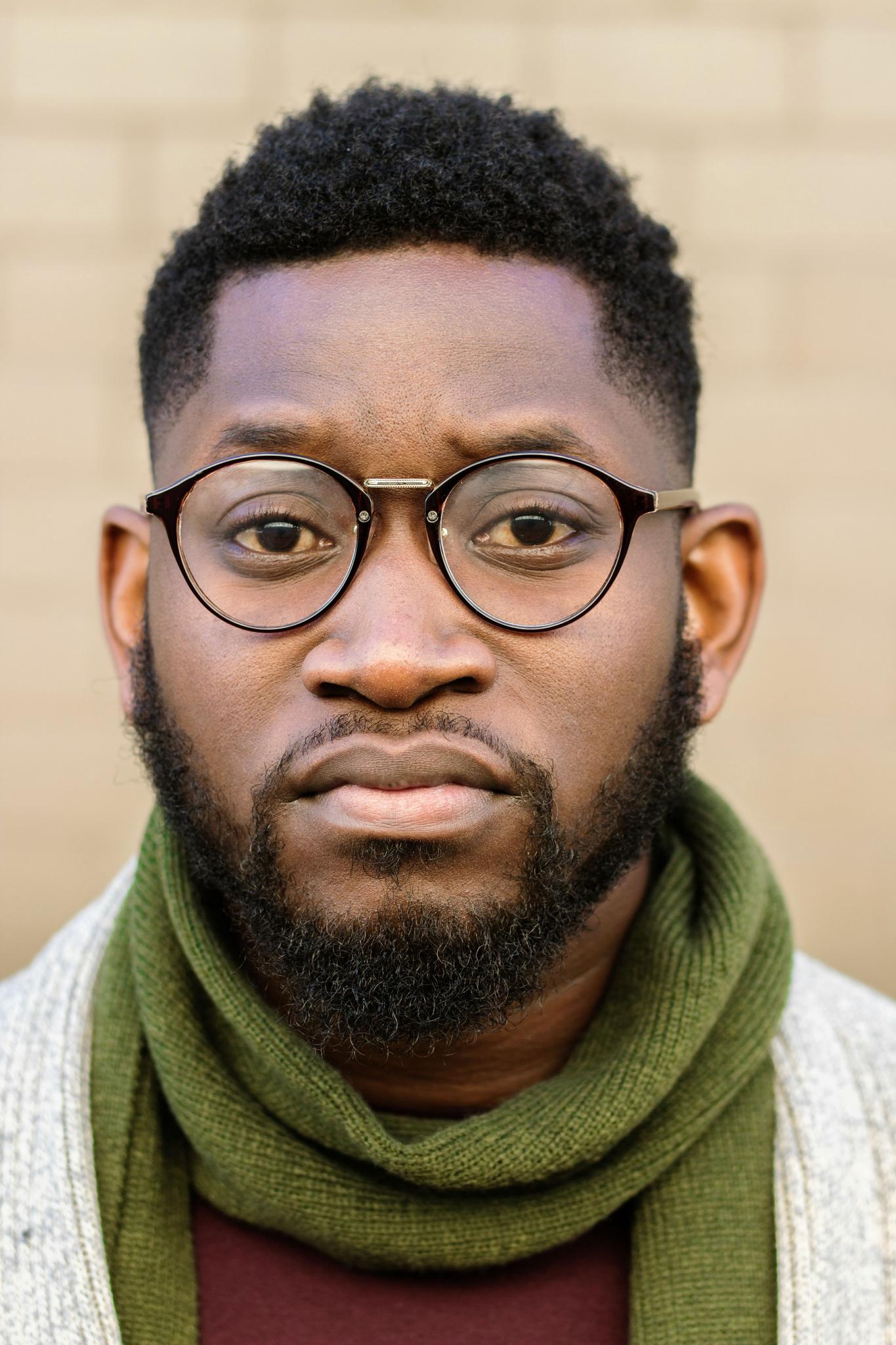 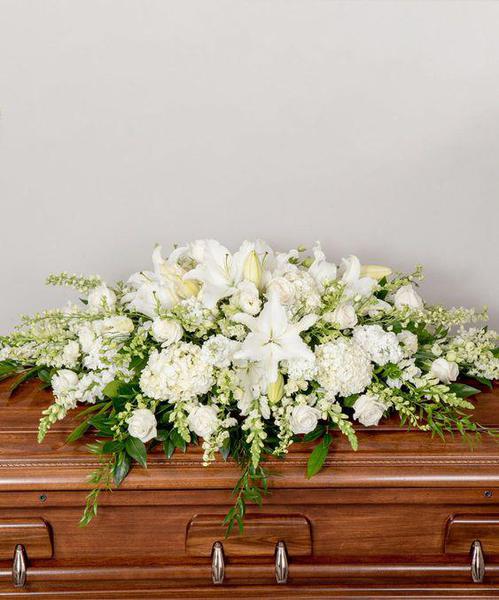 The Woman I Was Dying to Know —

The first time I truly saw my mother as a person, her body lay in a casket under the dim lights of the funeral home’s chapel. Her viewing was scheduled from 4 to 8 p.m. That’s a really long time to look at the woman you thought was invincible. Despite the cosmetologist’s best efforts, my mother still looked very dead. The foundation that was spread across her painfully swollen face wasn’t her shade. Or maybe it might have been if she were alive. My mother was only the second dead body I had see 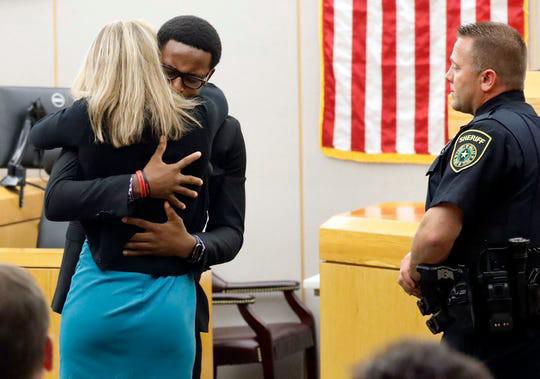 The Spectacle of Black Forgiveness

For the past week, I’ve painfully followed the trial of Amber Guyger, a white, now ex- Dallas police officer who fatally shot Botham Jean after mistaking him for an intruder in his own apartment. Amber Guyger was subsequently convicted of murder and sentenced to 10 years in prison. A sentence which many, including myself, thought was a slap on the wrist. After the trial, Botham’s brother, Brandt Jean, was allowed to address Amber in a victim impact statement. “I love you as a person, and I do 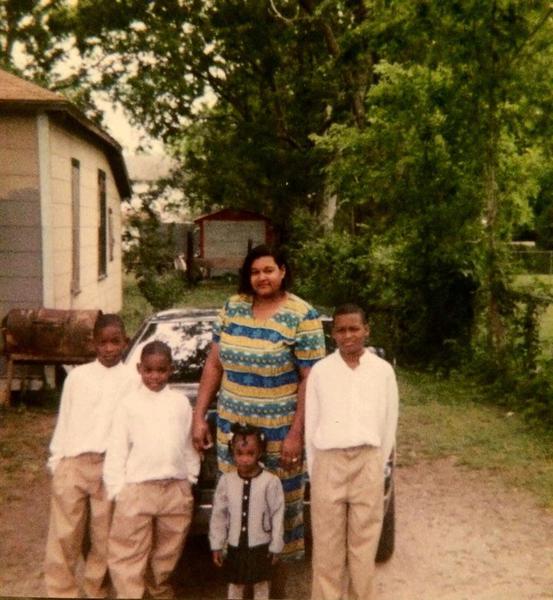 How The Church Failed My Mother's Mental Health

I don’t remember when I first noticed my mother’s depression. Nor can I point to the exact moment(s) in her life that triggered her illness. But I’m certain that poverty, motherhood, workplace stress, and deep-seated childhood traumas were contributing factors. In her most vulnerable 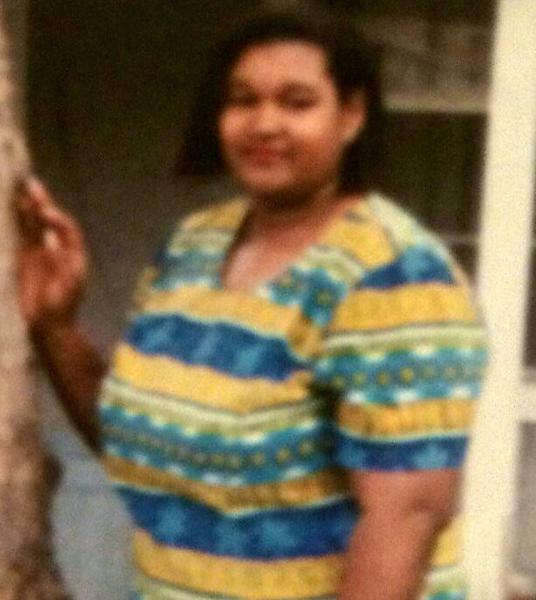 It has been quite some time since we last spoke. There is not a day that goes by when you don’t cross my mind. You’ve been on my mind more than ever lately. I believe that is because I’m reaching milestones in my life while (selfishly) missing you simultaneously. I figured writing you a letter could remedy my contrasting feelings. We have so much to catch up on. I don’t even know where to begin. I’m sure the suspense is driving you crazy, so let’s check a few of the major concerns off the list. 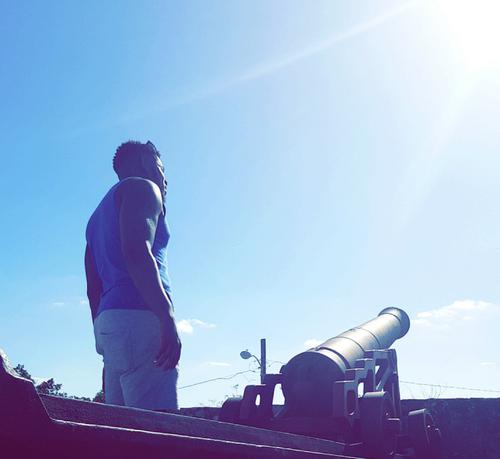 A Letter To My Younger Self

Dear Terrance, If you are reading this letter, I have successfully manipulated the speed of light and have traveled back in time to deliver you a message. I write this letter to you as your 27 year old self. I am essentially still you, only I am a little older and wiser.
AFROPUNK • 8th May 2018

Greek tragedy: Kanye West has turned into the machine he made a career raging against

When Kanye West arrived at Cedars-Sinai Medical Center on October 23, 2002, there were no trailing paparazzi, concerned fans, or industry well wishes. Hospital staff had seen far brighter stars perish under their care. Publications hastily wrote 100-word filler articles that were destined for obscurity. No one cared or knew to care. 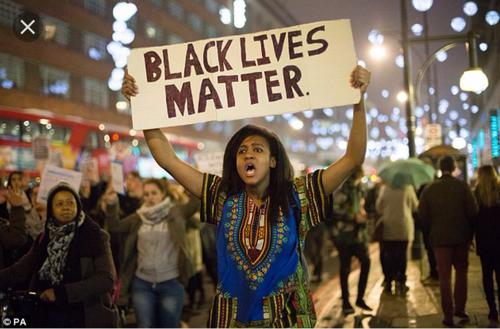 We Were Never Friends, We Just Grew Up Together

I grew up in a very small, predominately white town. And by small, I mean small. Like,we had one blinking stop light and everyone knew my mama name small. I remember when we built our first Sonic Drive-In and how that was a town wide phenomenon. I went on to work there throughout high school. The name of my home town is Sweeny, Texas. Sweeny had a very tight knit, southern conservative-esque feel to it- an insulated community. Nearly every elected official, police officer, school teacher, volun 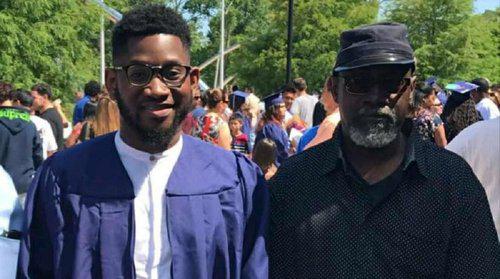 I Called Him Charlie

I called him Charlie. Charlie was, and still is a stoic man who, despite the Surgeon General’s warning, smokes Swisher Sweet cigars religiously and has a fashion sense that can rival any given thrift shop. His walk, though delayed, is nothing short of regal. His low octave voice is smooth as a blues chord progression. That is the one thing I wish I inherited from him. And if you think the other side of the pillow is cool, just wait until you meet Charlie. He’s got the other side beat by at least 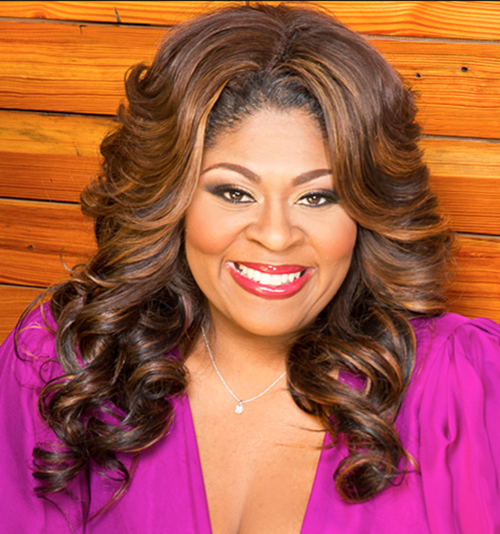 Gospel singer Kim Burrell has been on the receiving end of a proper dragging the last few days, and I’m here for it!! Late last week, a video of one of her sermons surfaced on social media. The video features Kim preaching to her Love and Liberty Fellowship Church congregation in Houston, Texas. In the video, Burrell makes several disparaging remarks about homosexuality that included, but was not limited to, “You as a man, you open your mouth and take a man’s penis in your face, you are pervert

Hindsight is not always 20/20. Neither is perspective. If life has taught me anything, it has taught me that much. I will be celebrating my 27th birthday in a few months. Which means I am closer to 30 than I am to 20. My 20s have been pretty amazing thus far. And by pretty amazing I mean that despite my ill-advised actions, risky behavior, and willful ignorance, I have somehow managed to make it out without any visible scars. All of my teeth are still intact as well. There’s no magic formula f 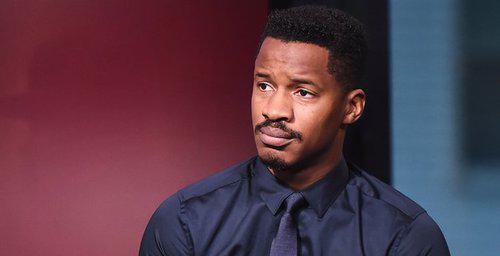 I Wanted Nate Parker To Win

There is not another living organism in this galaxy who wanted Nate Parker to win more than me. When I first learned that Nate Parker had written, produced, directed and was going to star as Nat Tuner in “The Birth of a Nation,” a film that chronicles the story of Nat Turner, a fearless Virginia slave who led a bloody rebellion in 1831, I was excited. I was excited to see another black man win. I was excited because the narrative of Nat Turner is so essential at this day and age. I was excited

After years of rumored release dates, a nasty legal battle with his stage father and former label, and a brief acquisition by Martin Shkreli, Lil’ Wayne’s twelfth studio album, Tha Carter V has been released. It couldn’t have come at a better time for the 36-year-old emcee. The once unanimous king of hip-hop has been everything but that in recent years. The last time Weezy had a number one album, our Black president was gearing up for his re-election campaign, Snapchat was not available on Andr 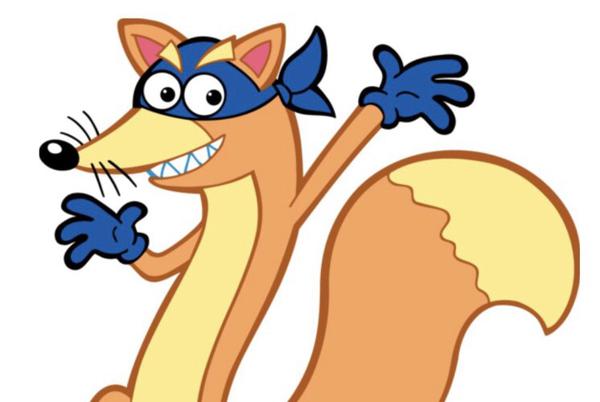 I’m Never Going To Stop Stealing From The Self-Checkout

The first time I shoplifted, I almost got away with it. 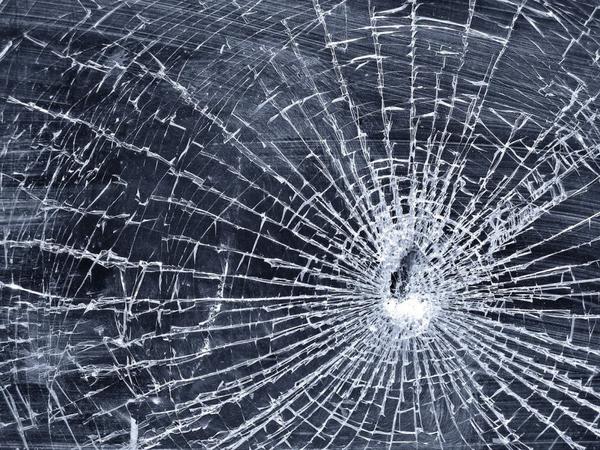 No, You Never Hit Her

No, you never hit her. You despise the men who raise their hands to strike the women they claim to love. You see, those men are not worthy of a woman’s love, let alone her touch. Hollow men who allow their inadequacies and insecurities to violently ricochet. Leaving remnants of anguish and despair. No, you never hit her. But some bruises are internal. And not all scars are skin deep. The aesthetics of pain are not limited to tears and frowns. Like that sinking feeling she gets in her chest when 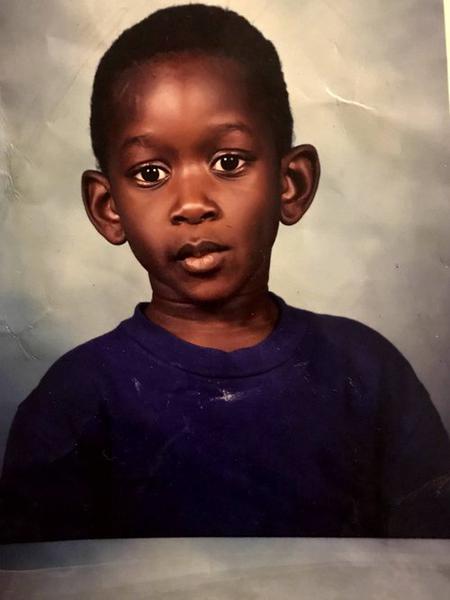 How I Learned To Make Myself Small

I have been staring at my screen for the last hour- trying to think of the perfect intro. One that is witty, but also engaging and thought provoking. I’ve been wanting to write about this for ages; but my repetitive use of the backspace key has hindered me. Well that, in conjunction with my anxiety. I imagine this is how Murphy Lee felt when he wrote the timeless classic, “Wat Da Hook Gon’ Be”. Murphy Lee was an innovator who didn’t adhere to the traditional songwriting structure. He didn’t nee 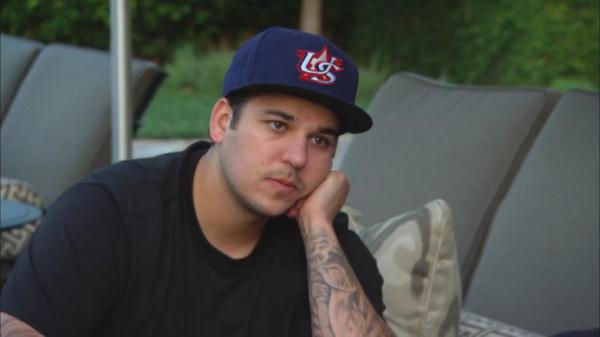 When Fuckboys Want To Be Victims Too – Terrance Thomas –

Writing inspiration can come from the strangest places. That proverb has never rung truer considering that a Kardashian has inspired me to write. Let me rephrase that: Rob Kardashain’s latest behavior reminded me of an old friend from my past. Both of whom are fruit of the same poisonous tree. I knew a guy in undergrad who literally cheated on his girlfriend every chance he got. Which actually wasn’t a lot because he was a swag deficient parasite. But nevertheless, he persisted. A real fucking 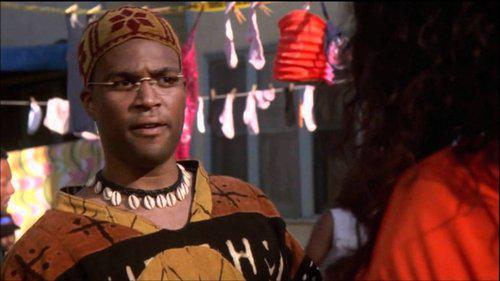 Black Women Saved Me From Being a Hotep – Terrance Thomas –

For as long as I can remember, I have always been susceptible to believing shit that makes absolutely no sense. This first started in 4th grade when niggas in my homeroom class told me that Tupac faked his death and was living on some island in the Caribbean. In my defense, that’s still a pretty common-believed conspiracy theory. That all changed in freshman year of undergrad, when the niggas next door told me that Tupac was indeed dead because The Illuminati killed him in a satanic ritualistic 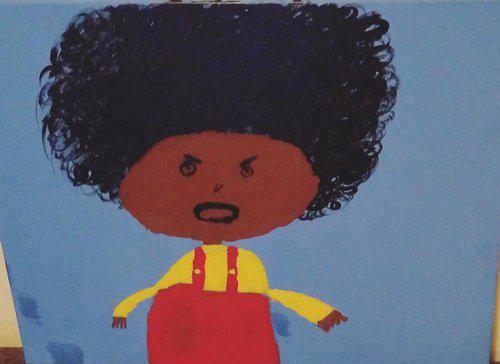 I’ve been considered an adult by law for about… carry the one… combine like terms… 9 years, 9 months, and 28 days. That’s 27 years of seemingly (in)significant existence, for my fellow remedial math students. As I approach my 10-year “Adultiversary”, I am beginning to realize that I have no idea what I’m doing. Society generally gives most people a six to seven year window in their 20s to amount to shit. You get an eight-year window if you’re good looking. I fear that my boyish good looks are f 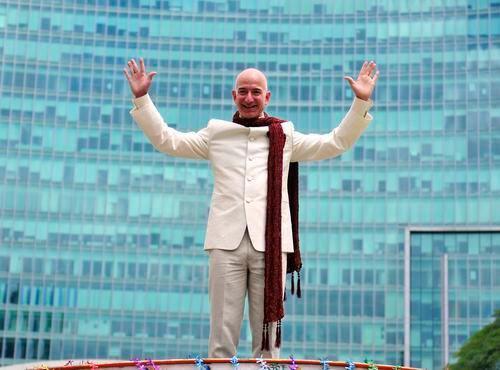 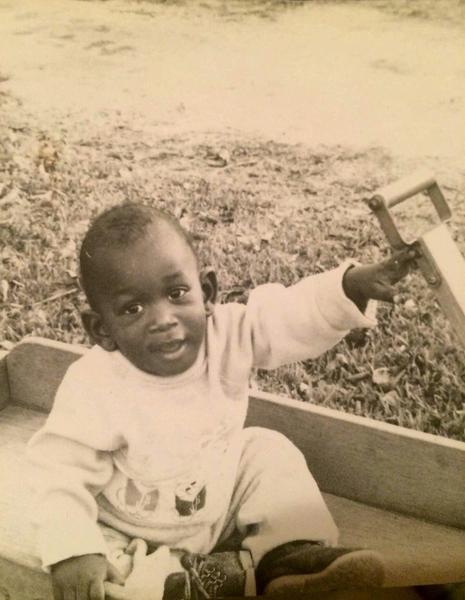 Today is my birthday. This day marks 27 years since I took my first breath in this strange new world. 9 months prior to that, my parents unintentionally conceived me — triggering a sequence of events that included, but was not limited to, my birth. I know that because when I was 11 I asked my mom if I was planned. That is a story for another time. I didn’t wake up excited this morning. There was no marching band waiting at my bedside. The clouds didn’t part and send down radiant beams of prospe
Load More Articles
Close ✕